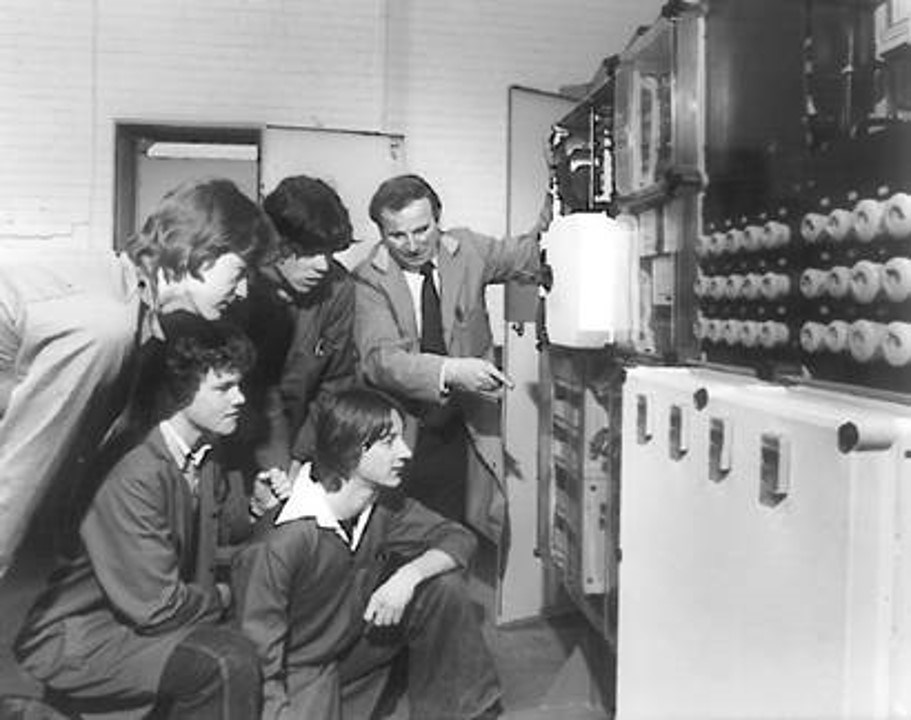 The end of an era for automation: how Siemens SIMATIC S5 transformed manufacturing

Siemens SIMATIC-S5, the iconic workhorse of automation, is being put out to pasture.

Since its launch more than 40 years ago, the groundbreaking programmable logic controller (PLC) has automated countless machines and processes and transformed production in every industry imaginable.

S5’s main achievement was that it offered factory engineers a significant increase in computing power. Add to that control functions enabling higher-level tasks to be performed, and the robust and simple technical layout, it is no wonder so many are still in use today, with both small manufacturers and giants like Heinz at its plant in Wigan.

The product life cycle ended on September 30, meaning spare parts will not be available and repairs not be possible for the S5 family of products, heralding the end of an era and a move to the next generation of Siemens technologies.

For many engineers, the end of S5’s lifecycle has prompted a sense of nostalgia and reflection about the impact and legacy of this game-changing box of tricks.

This includes Alan Norbury, Chief Technology Officer, Siemens Plc. who was taking his first steps in an illustrious career as a Siemens apprentice in Congleton, the same moment as S5 was being unveiled to the world.

But it wasn’t a straightforward journey from PLC newcomer to market leader, as Norbury can attest to. In those early years he was one of three product specialists out on the road winning the hearts and minds of production managers and encouraging them to take a technological leap of faith.

“In the late 1970s engineers were used to wiring diagrams and relay panels,” Norbury said. “The arrival of S5 - which was a tenth of the size of your traditional hard-wired panel - was a huge advance.

“Siemens were very aware of the cultural change it was proposing, so designed S5 to look familiar to a relay panel engineers were used to. But the biggest shift was that the functionality was ruled by a stored program rather than a hard-wired system. That was the biggest barrier: the psychological change. A move from the physical to software required a new mind set of what was now possible and an entire set of new skills.

“It was a new world to engineers, so the challenge was getting customers to understand the value of change. We gradually overcame those barriers.”

Some systems provided redundant CPU operation for ultra-high-reliability control, as used in pharmaceutical manufacturing. Others provided failsafe capabilities, designed to safeguard machines and people, used in applications such as oil and gas.

Much of the success of S5 is owed to the introduction of the engineering software STEP 5 which made it easier to quickly create and modify programs.

“It was groundbreaking,” Norbury explained. “Structured programming was a big leap for engineers working in automated plants and enabled them to diagnose faults much more quickly. It was easy to follow and you could label elements to organise the software. There was no longer a huge linear string of code to wade through to find a fault.

“This was a huge benefit to customers in the automotive industry. It sped up fault diagnosis and increased the uptime of machines, which saved them a lot of money.”

In those early days of S5, Norbury was one of three Siemens technical assistants covering the UK and Ireland and involved in every facet of the sales and aftersales process.

It wasn’t long until S5 was the leading PLC in the market but competition and the need of industry was driving forward advances in automation technology.

For Siemens that meant setting itself apart from the products of other manufacturers with a more reasonable price, increased quality, and a more diverse product line or new functions.

The major advance with the U series were added modularity, timing and counter capacity, and communications modules.

Modularity enabled engineers to connect S5 with other devices like printers and monitors to aid graphical programming to control engineering.

Improved programming enabled high speed counting and positioning for the food processing industry with applications for labelling on bottles.

With this new-found speed plant and operator safety became paramount. Siemens developed an additional failsafe controller to the range, S5-115F.

Dave Pickles, Managing Director of Capula, an industrial systems integrator, started his career at Siemens as an apprentice engineer with Norbury and was involved in training electricians to use S5.

He recalls a project he was involved with at Delta Rods in Wolverhampton which replaced a 12m long solid state control suite with the compact 110S for the processing of brass billets into wire.

"It was transformational moving from an enormous bank of panels, which were prone to failure, and vast complicated drawings mapping all the logic circuits, to a compact unit and a screen for programming and diagnostics,” Pickles explained. “Watching the lightbulb moment in these veteran engineers who were wary - and in some ways frightened by the change - was very rewarding.

"As a young engineer it was fantastic to be part of that revolution. There was a euphoria around this new technology which would transform the performance of a plant across all industries."

Pickles also attributes the success of S5 to its price and performance.

"The 100U was the first micro PLC that was under £100, at a time when alternatives were costing thousands of pounds. Suddenly small and medium sized manufacturers had the same access to the power, flexibility, speed and reliability as their much bigger competition. It changed the game."

During his 15-year career as a systems integrator away from Siemens, Pickles witnessed first hand the longevity of S5.

"It is remarkable that decades later I am still opening cabinets in plants and finding S5 beavering away, given the advances we have made in automation. I suspect I’ll still be finding units that have been forgotten about in years to come.”

For 16 years S5 made progressive strides, paving the way for its replacement, the first generation SIMATIC S7 in 1994.

Its arrival heralded the beginning of the network era and another leap forward for automation, offering more power, speed, flexibility, open communications and architecture, and faster more intuitive diagnostics.

Hot on its heels in 1996 was another quantum leap in automation technology with the advent of Totally Integrated Automation (TIA), a Siemens concept that covers the entire production chain from receipt to shipping.

While the onward advance of automation has continued with SIMATIC S7-1200 Basic Controller, which set new flexibility standards with extensive expansion and adaptability when it arrived in 2009, and the SIMATIC S7-1500 Advanced Controller series, a new milestone in terms of performance and efficiency since 2013, the reliable S5 has continued to drive the wheels of industrial production.

“It is a testament to the robustness of S5 that after 40 years it is still a favourite among engineers across industry,” Norbury said. “I attribute that to its power, flexibility, modularity and structured programming. But it is now the time to move forward onto the next chapter in automation.”

As to what the future will bring, Norbury believes the next stage for automation is artificial intelligence controlling production robots that solve new tasks autonomously and factories that continuously optimise themselves.

“When I look back to the start of my career focused on relays, contactors and push buttons, through automation and into software and virtualisation, I couldn't have imagined that we would be where we are today.

“Siemens has been at the leading edge of automation technology which has transformed industrial production for 60 years. I have no doubt we will be reaching new heights for another 60.”