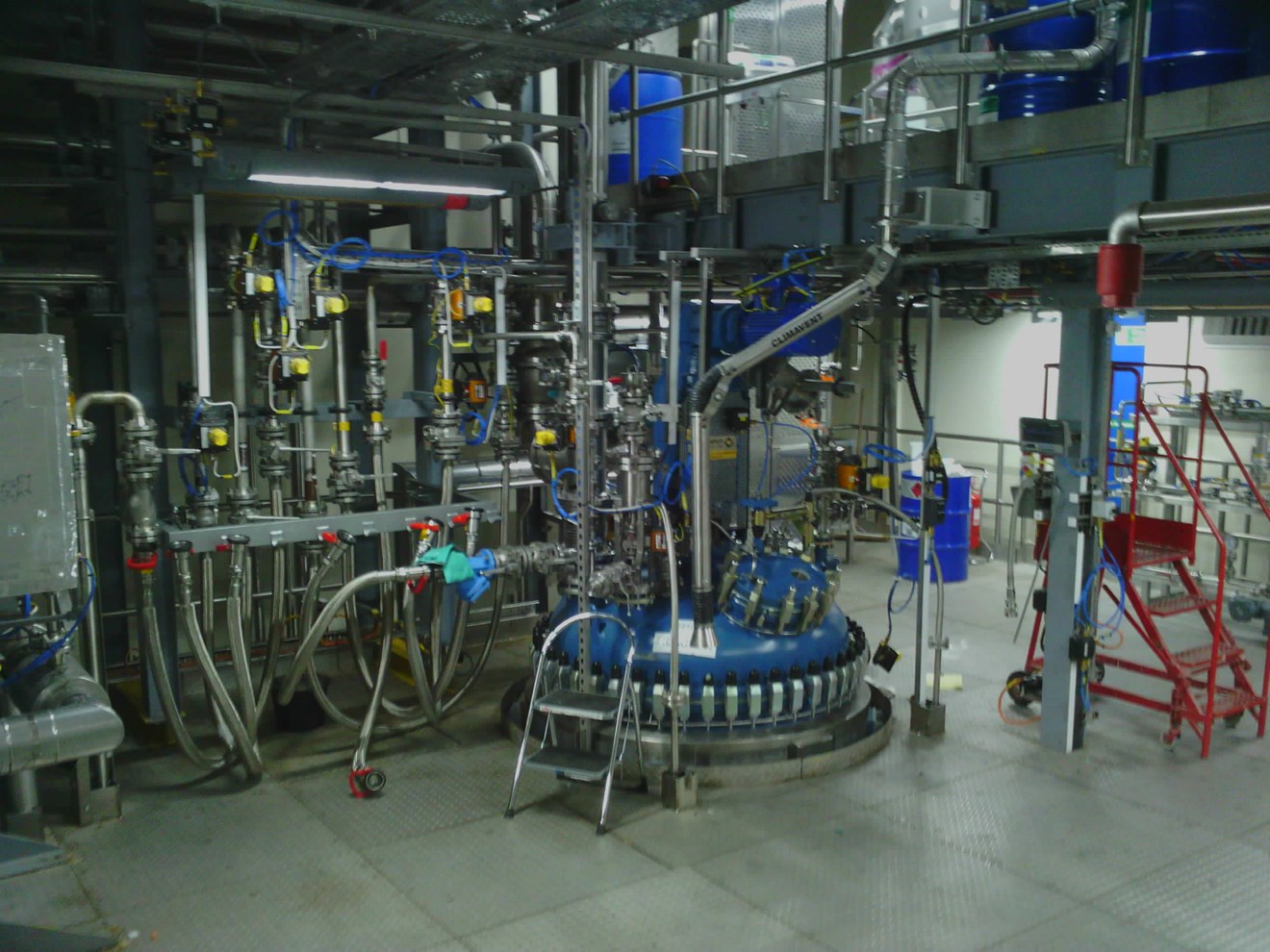 Transparency in the production process increases efficiency and reduces downtime.

GEO® Specialty Chemicals (GEO) is an industry leader in the development and manufacture of high purity chemicals, producing over 300 products for more than 1,000 customers in the coatings, adhesives, medical, water treatment and construction markets.

In 2018 GEO opened a new production facility in Hythe aimed at enhancing and extending its existing capabilities, specifically for high purity specialty monomers.

Working with Siemens Digital Industries GEO incorporated Siemens SIMATIC S7 control system and WinCC, and a mixture of other technology solutions, to optimise how it makes its monomer products by managing processing equipment such as the reactor, vacuum system, temperature control unit, and charging systems.

But within 12 months of commissioning GEO had reached production capacity and needed to scale up.

“We call it the S2 Production Plant, which is a new production facility inside an existing building built in 2018. It runs as a separate unit alongside the original which is the S1. The building was built with room to install an additional plant and these rooms were left vacant until the need arose,” said GEO IE&C Engineer Tony Short

“In order to meet demand, we needed to increase what we could produce”, added Tony.

“The key drivers for us were to scale up production, increase control, and have the ability to develop and optimise recipes in house rather than bring in third parties at a vast expense.”

After initially considering upgrading its control unit, Siemens DI proposed to deploy a complete solution based on integrated hardware and software, reconfiguring the plant and embedding the blending process into the new design.

SIMATIC PCS 7 was selected as the automation platform by GEO because it fit perfectly to the requirements of being scalable in its deployment, flexible in operation and provide the ability to be able to optimize recipes and develop new recipes in a controlled and standardised manner.

Another key selection criterion was Siemens’ track record where it ably demonstrated through its many successful and proven in-use platform deployments across a wide-ranging and a number of process industry applications.

SIMATIC PCS 7’s ability to provide flexible configuration of recipes has been a game changer for GEO.

“With the new solution every stage of the process was in-built and done as a baseline,” said Tony. “Managing the recipe of the chemical mix and other functionalities became easier.”

“The PCS 7 has empowered engineers and technicians to optimise recipes on their own, rather than having to call in third parties. This has resulted in considerable cost saving, freeing up money to invest in improving systems and processes even more.

Full visualisation of the production process has also been a major benefit.

“With the SIMATIC PCS 7, we get full visualisation of the whole system, which means things like tuning valves was a straightforward task. This reduced commissioning time and made us operationally efficient sooner.

“It has meant qualification batches were much quicker and easier to produce.”

Key to the successful deployment has been the training and support.

The partnership also includes a three-year service contract and remote connection to the plant.

“A key benefit of this project has been Siemens’ support,” said Tony. “I don't think we would be as far as we are without that continued support of a dedicated team of hardware and software engineers.”

“Given Covid and the challenges of the pandemic this remote connection has been invaluable and helped ensure the plant has continued to run seamlessly.”