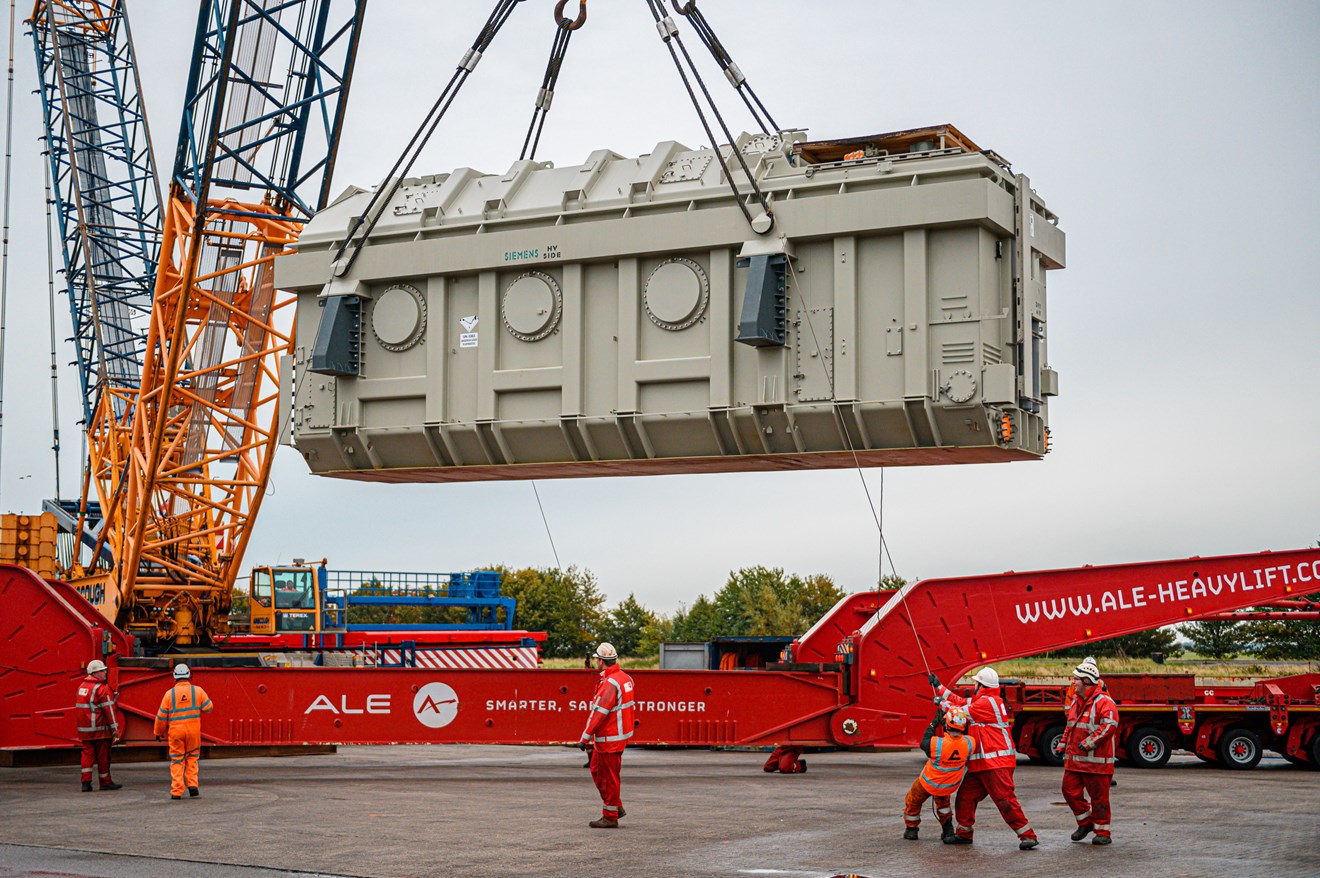 The development of Triton Knoll Offshore Windfarm took a major step forward today as the first transformer was delivered to the onshore substation site at Bicker Fen.

The transformers set sail from Austria, where they were manufactured, to Sutton Bridge port in Lincolnshire. From there it was lifted onto a trailer and driven, by police escort, 20 miles to the Bicker Fen site. Once the transformers are skidded into position, the installation of associated electrical equipment will begin. As this is the most important equipment on site, this marks a significant milestone in the project.

Triton Knoll has two transformers. Each one is 13 meters long and four meters wide during transportation – that is around the same size as new London Routemaster buses parked next to each other. Once the other associated electrical equipment has been added, it will double in size to 26 meters long and 6.6 meters wide. It will weigh a whopping 240 tonnes – that’s as heavy as 34 African elephants.

The transformer forms the backbone of modern energy grids, and its reliable operation is crucial to ensuring a stable and resilient power supply. They change voltage of the power which comes down the offshore cable, so it can be pushed into the grid and to people’s homes and businesses.

The wind farm, 32km off the Lincolnshire coast, will have an installed generation capacity of circa 857MW once fully operational. It will be capable of providing enough clean and sustainable power for the equivalent of at least 800,000 UK homes, making a significant contribution to the UK’s renewable energy targets.

Phil Manley, Triton Knoll Project Director, Siemens Transmission and Distribution, said: “The transformers are one of the most important parts of the onshore substation site. Without the transformer, the power generated by the offshore wind farm would not be able to be transmitted into the grid. I’m delighted that we’ve reached this stage according to the project schedule.”

Julian Garnsey, Project Director for Triton Knoll and innogy, said: “This is a significant milestone in the construction of the Triton Knoll Onshore substation, which sits at the very heart of our project. We’ve made major progress in the last year, with the substation platform, foundations and infrastructure taking real shape on site. We’re now preparing to start offshore construction in the first quarter of 2020, so the installation of this impressive equipment ensures we stay on track to become a major UK state-of-the-art renewable energy generator, typically powering over 800,000 UK homes.”

Siemens Gas and Power (GP) is a global pacesetter in energy, helping customers to meet the evolving demands of today’s industries and societies. GP comprises broad competencies across the entire energy value chain and offers a uniquely comprehensive portfolio for utilities, independent power producers, transmission system operators and the oil and gas industry. Products, solutions and services address the extraction, processing and the transport of oil and gas as well as power generation in central and distributed thermal power plants and power transmission in grids. With global headquarters in Houston in the U.S. and more than 64,000 employees in over 80 countries, Siemens Gas and Power has a presence across the globe and is a leading innovator for the energy systems of today and tomorrow, as it has been for more than 150 years.