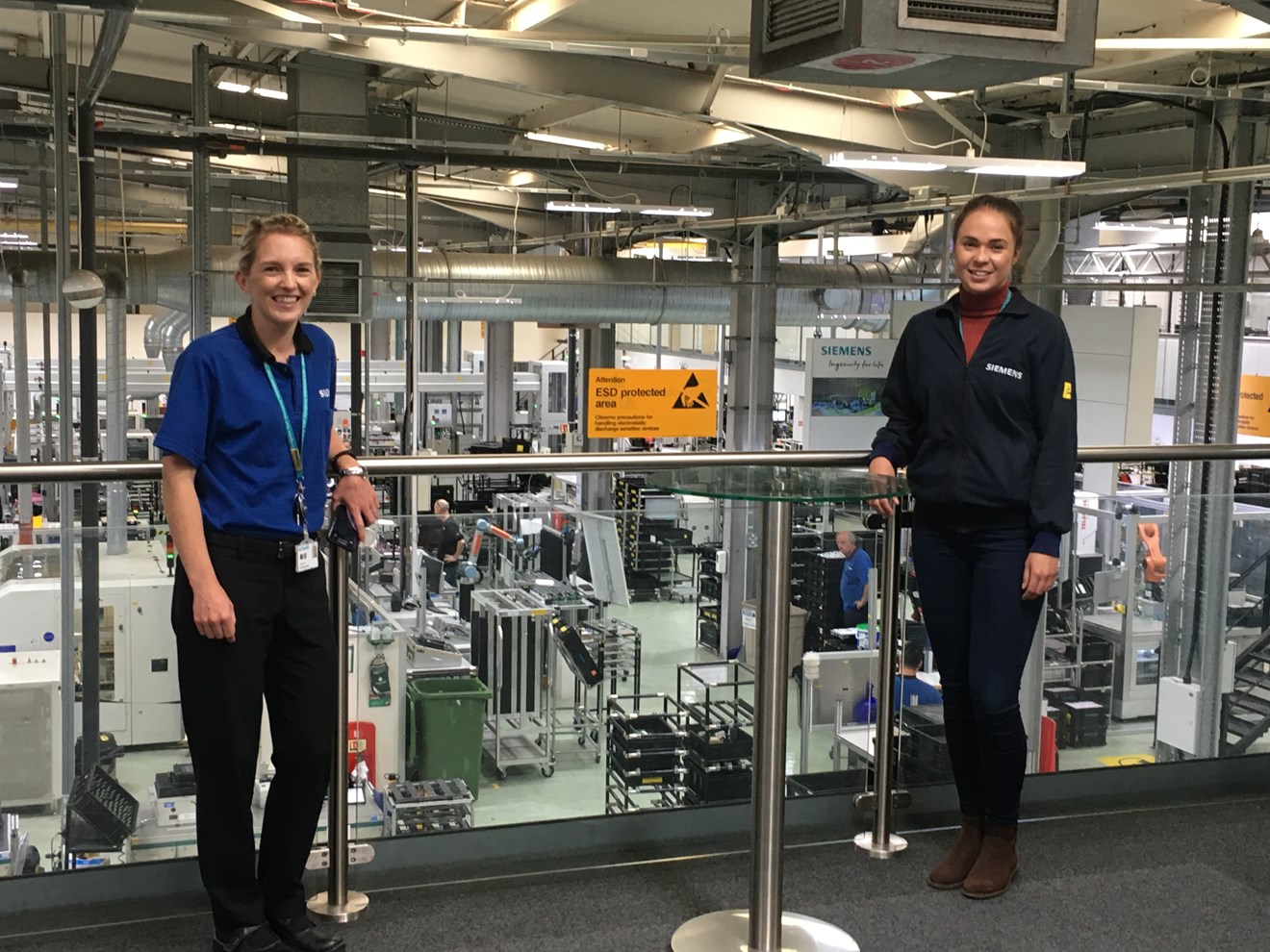 ‘International Women in Engineering Day’: Siemens at forefront of recruiting women into manufacturing

Manufacturing has been a male bastion for centuries. Over the years this has changed and although there is still a long way to go women are now represented in many manufacturing disciplines.

Siemens is constantly striving to build an innovative and diverse culture. With a 78 per cent male employee base in the UK there is still an urgent need to attract women to the company and to engineering and manufacturing in general.

Brian Holliday, Managing Director Siemens Digital Industries, said: “The digital revolution in industry is an opportunity to build better balance. Although figures are improving, the UK still languishes amongst the lowest when it come to the percentage of female engineering professionals in Europe1, yet industry needs more than ever, the talent, skills and experience of women to create competitive advantage.”

As the world marks the ‘International Women in Engineering Day’ on June 23, Siemens is working hard to ensure that more women join the manufacturing sector. The company has taken concrete steps to proactively make its job adverts more gender neutral, supported them with videos giving applicants an insight into the workplace, to bust a few myths about the manufacturing environment. Siemens hired 40 per cent female graduates in 2019, compared to 29 per cent in 2018. In January 2020 from a total of 555 apprentices across all Siemens businesses in the UK, 96 were female, around 17 per cent, a slight reduction from previous years but a realistic indicator for the 2020/21 academic year.

It is trailblazers like Sarah Black-Smith who help demonstrate that women are equally capable of leading in the manufacturing profession. She is now the Head of factory operations at Siemens’ award-winning factory in Congleton which produces one million drives and controls per year and employs 300 people using the latest digital tools and automation.

Graduating from Loughborough University in 2004 with a BEng in Manufacturing Engineering and Management, Sarah went on to complete a Masters in Operations Excellence and worked on her placement year for Alstom in Lincoln.

“It was quite lucky really that six months into my placement at Alstom, the site was sold to Siemens in 2003. I was then sponsored through my final year and taken on by Siemens as a graduate. I joined at the age of 22 as a Lean Implementer.”

The role was within Assembly and Test, meaning that once the gas turbines were assembled, they were put into the test bays and run up to speed. Core to this early role was identifying process improvements and trying to save costs, but most importantly, working with diverse sets of factory teams.

“I moved through the ranks quite quickly, going from Cell Manager to Manufacturing Manager looking after teams of 30 people on the shop floor. I was quite young, but it gave me a great footing in a factory environment. After a few years in Lincoln, a Production Manager role came up at our site in Congleton. I jumped at the chance, my husband and I had already decided we were ready to move back to the North West to be closer to family.

“I was promoted to the role of Head of Factory Operations, which is what I’m doing now. I am responsible for all of production, the engineering teams including maintenance test engineering, product and process engineering, and I lead the Lean Operations.”

Sarah and many other female colleagues have demonstrated that women can excel and flourish in the manufacturing sector.

“The world of manufacturing and engineering has opened up huge opportunities for women,” says Sarah Black-Smith. “We have seen a significant increase in the number of women joining the manufacturing sector but more needs to be done.  “What needs to change is the mind-set of women and those working in factories.

“The options in engineering are wide and varied, from mechanical and electrical and now there is convergence of internet technology and operational technology. Students aspiring to be engineers already come with knowledge of computing from school and this is an added bonus in the world of engineering.”

Sarah has recruited and mentored many graduates, interns and apprentices over the years and since the launch of the Congleton Junior Factory in 2014 she takes a lot of them under her wing.

An example is 25-year-old Ashleigh Sumner. In 2014, after getting good A-levels in maths, physics and product design, she was not so keen to take the university route and applied for apprenticeships in engineering. She joined the Siemens apprentice programme as part of its first cohort of trainees at the Congleton Junior Factory. While there, she completed her Higher National Certificate and then achieved a first-class honours degree in Control and Automation Engineering from Salford University in 2018. Six years on she is a product manufacturing engineer at Congleton.

“It has been a wonderful journey and intense learning experience for me at Siemens,” says Ashleigh. “I am well accepted by my colleagues and they respect me. I love my job. I am always pushing myself to do better and to go the extra mile. This is the best thing that has happened to me. I can’t imagine a different path for myself.” Ashleigh’s ambition is to get into management and head the department as a next step.

Ashleigh sees Sarah as her idol and remembers advice she gave her as an apprentice, “If you’re presented with an opportunity, no matter how small, and your initial instinct it to run in the opposite direction because it scares you, that’s a sign for you to jump at it as it will definitely open new doors”.

Siemens is constantly looking at new ways to encourage women into the engineering field. It has invested in initiatives like ‘Future Females’ which sponsors engineering scholarships and bursaries through The Institution of Engineering and Technology’s Horizons bursary programme.

Siemens continues its push with grass roots level initiatives, which include ‘SeeWomen’ an interactive show helping schoolgirls think seriously about careers in engineering. In 2019, the programme was attended by 1,000 schoolgirls across the country and 2,400 teachers accessed the supporting downloadable resources. For 2020 the programme has been re-branded to ‘SeeMe’ with a view to reaching diverse groups and encourage careers in STEM. The company also has many dedicated employees who go into local schools to inspire young people to consider STEM careers.

Holliday says: “I see huge potential for women to succeed in engineering and technology companies, in every kind of role from management and manufacturing, to projects as well as sales and service and Sarah and Ashleigh are great examples. At Siemens, we actively build inclusion into our thinking to see that people’s talent shines through. The International Women in Engineering Day is a potent reminder that now is the time to ensure women are able to excel in workplaces across industry. Siemens supports this stance wholeheartedly.”