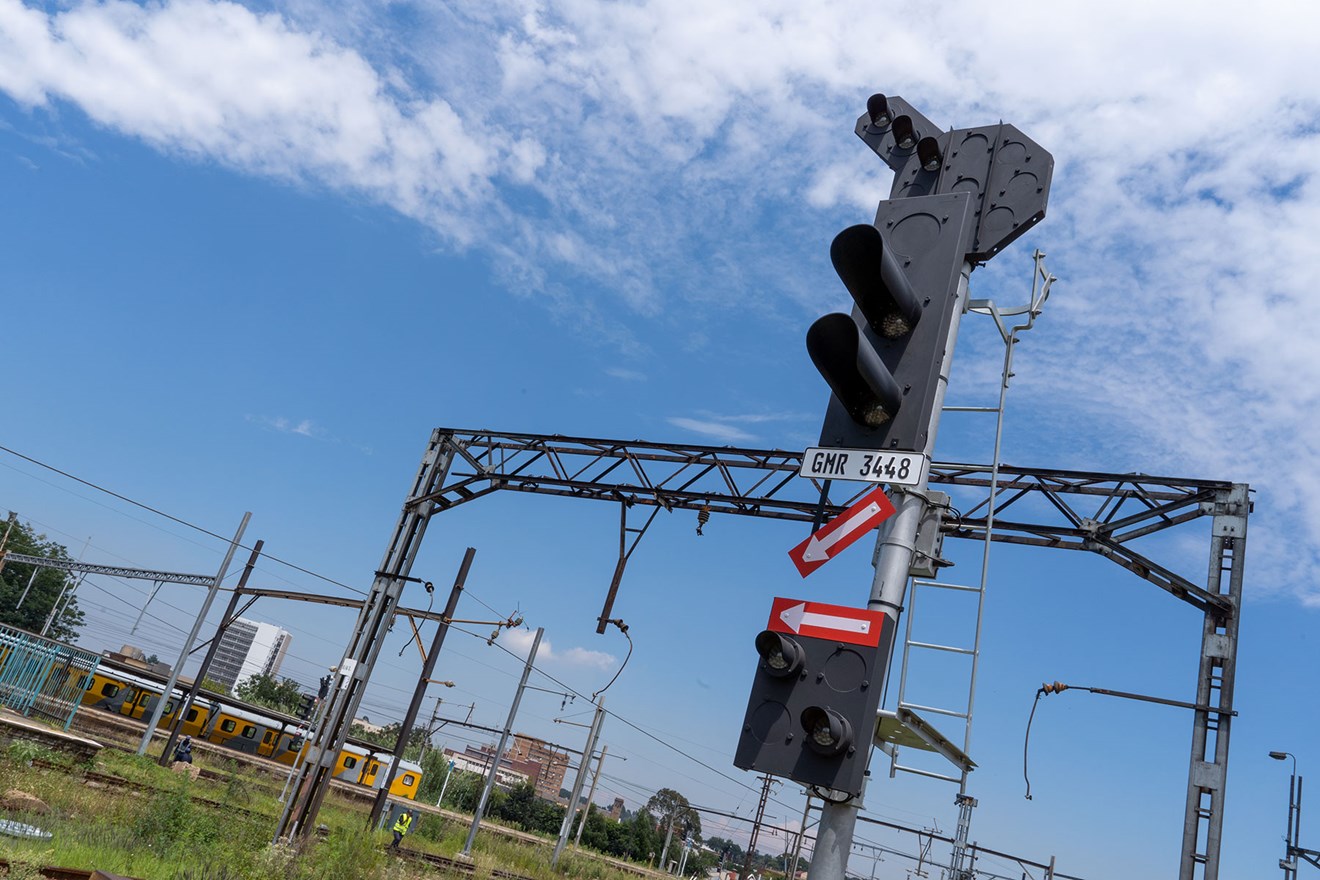 The project, part of the Gauteng Resignalling Programme currently being delivered by Siemens Mobility South Africa on behalf of the Passenger Rail Agency of South Africa (PRASA), involved a complete resignalling of Germiston station, one of the busiest railway junctions in Africa.

The complex has 10 platforms and 23 connecting lines and lies at the heart of PRASA’s Gauteng network.

All trains travelling between east and west and north and south run through Germiston, making this a very complex station to work on, said Thomas Mashishi, project execution manager at Siemens Mobility.

“In addition, Transnet Freight Rail (TFR) also uses this section, moving from India and Elsburg stations, which we had to interface with as part of the Germiston execution of works,” he said.

The station also has several yards, sidings and staging lines for freight services.

All elements are connected to computers and logic controllers with cabling buried in more than 23km of trenches within the complex.

The station complex originally had 726 elements. Restructuring the station, however, allowed that number to be reduced to 580 elements which in turn provides 500 routes.

The project also involved changes to the track layout with 180 turnouts being replaced while new overhead traction equipment (OHTE) and gantries were added.

So far, the resignalling project has comprised two five-year contracts spread across 86 stations, has taken 7.5 million working hours and followed a schedule of 12,000 line items.

The Germiston station complex, the last of the project’s mega stations to be completed, was handed over to PRASA in February 2022.

Due to the size and complexity of the station, testing and commissioning took much longer than the smaller stations with two test teams being used to facilitate testing the entire Germiston complex.

“Traditionally our two test teams work independently but for Germiston we had to bring in both test teams to ensure that we could cover the extensive testing that needed to be done,” said Mashishi.

The station is currently controlled from the new satellite Centralised Traffic Control (CTC) built by Siemens Mobility and situated at the Germiston PRASA building. The satellite complex has three new operating control desks, two of which control the station and one covering the section from Elsburg to Kwesine.

In a positive step for supporting South African industry, Siemens Mobility has also achieved more than 60% in terms of local content for the entire PRASA Gauteng resignalling programme.

“It is not just local content for Germiston, but the project as a whole,” said  Mashishi.

“All of the engineering work that has been done for the Gauteng resignalling project has been done locally, by our experienced and highly skilled team.”

“We have also developed locally the light units that we use in all of our signals, ensuring that they suit local conditions in South Africa,” Mashishi added.

Completion of the Germiston complex gives PRASA the building blocks to boost network and service levels of SA’s railways to world-class level. It offers flexibility for bidirectional signalling as well as the ability to run more trains especially during peak hours where train overloading has been a problem in the past.

The technology used at Germiston and other stations comprises programmable logic controllers (PLCs) and element control computers (ECCs), which spread throughout the station and the various elements.

“We use SICAS S7, which forms a basis for the interlocking and SATCOS for the VDU, or the man/machine interface,” he added.

The SICAS system has a life expectancy of more than 30 years.

“It’s future-proof in that it forms a good platform to add on ETCS — the European Train Control System — giving the operator the ability to remotely control trains,” said Lefebvre.