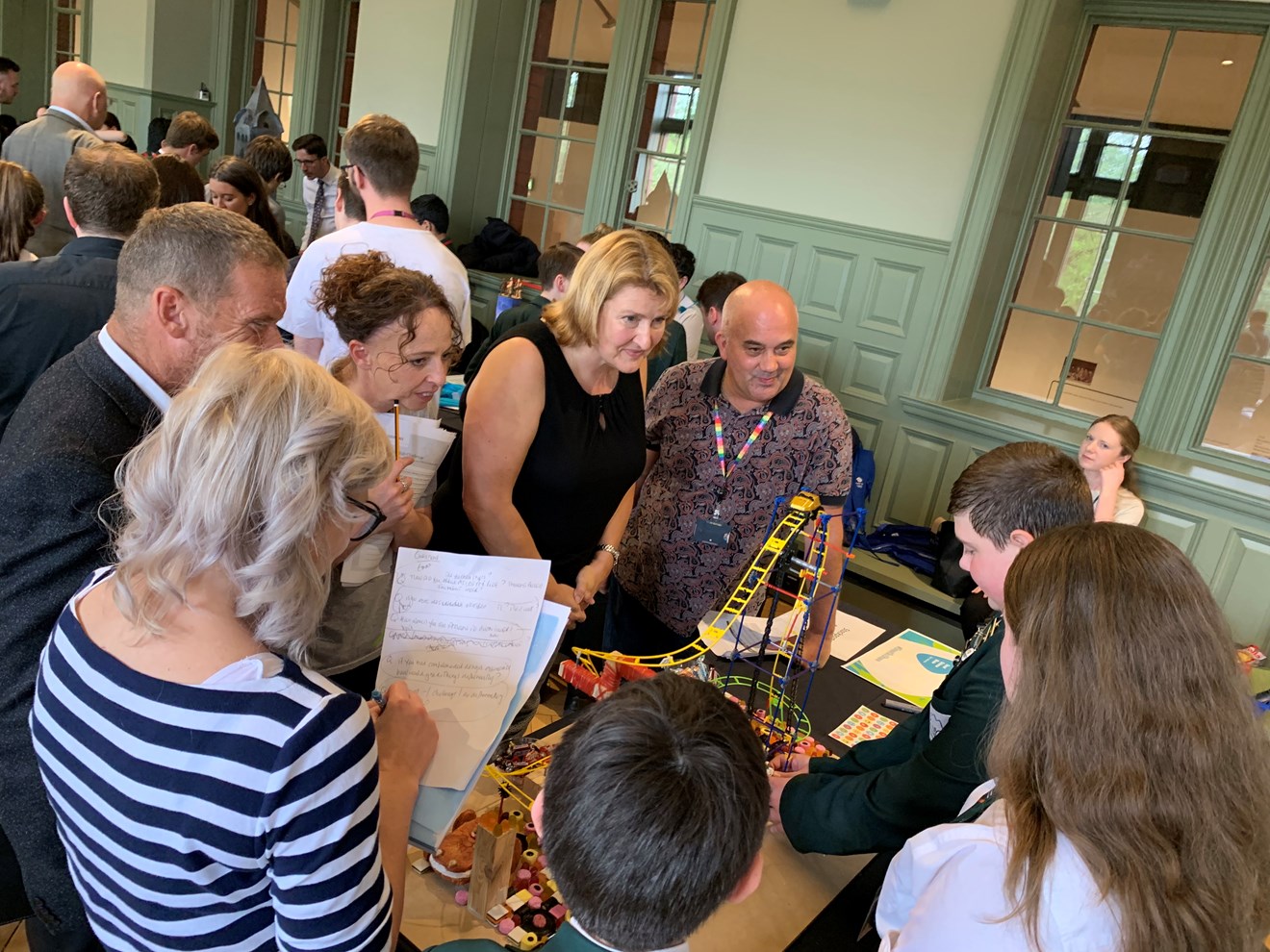 Engineers of the future impress during Siemens Rollercoaster Challenge

Engineers of the future battled it out in a Rollercoaster Challenge aimed at boosting interest in STEM subjects.

The Siemens Rollercoaster Challenge asked children to design and build a model rollercoaster.

Aimed to help them understand the practical aspects of Science, Technology, Engineering and Maths (STEM), the teams were also asked to present a business plan for their projects.

The winning team was Ormiston Chadwick Academy, based in Widnes, who scooped the top prize of £250 which can be put towards STEM projects for their school.

Their design, Jurassic City, beat six other schools from across the North West in the final held at the Great Science Share at the University of Manchester.

Pete Greathead and Karen Gerrard, teachers at Ormiston Chadwick Academy said: “We're delighted to have won the Siemens Rollercoaster Challenge.  As well as providing an exciting opportunity to put STEM into practice, it has also helped our pupils to improve their problem solving and team building skills, something which will become more important as they progress through school and into the workplace.  I'd encourage all schools to enter the competition - we'll definitely be entering again next year.”

The Rollercoaster Challenge is aimed at school pupils in years 7, 8 and 9.  Teams have three months to design and build their rollercoaster, creating a portfolio and a digital design to showcase their project.

They must show the processes they undertook to design and build, any problems they encountered and how they overcame them.

Teams must calculate the speed and G-Force of the rollercoaster. They also need to calculate how much it would cost to build in real life, and how much they would need to charge per ride to break even and make a profit.

A team of judges which included Sue Bagguley, Head of Business Development for Siemens Digital Industries and Emma Antrobus, North West Director at Institution of Civil Engineers (ICE), scrutinised the final portfolios to make their decision.

In addition to the overall winner, other schools were awarded £50 towards STEM projects for showing presentation, teamwork, digital, innovation and creativity. They included Altrincham Grammar for Girls, St Thomas More, and Laurus Cheadle Hulme’s ‘Thrasher’ project.

This was the 3rd year Siemens Manchester has run the Rollercoaster Challenge building on very successful competitions run by Siemens Congleton Factory which has been doing this for several years.

Sue Bagguley said: “Once again we were blown away by the ingenuity of the rollercoaster projects submitted to the competition.

“The winning team clearly applied an engineering mindset, providing creative solutions to overcome the problems they encountered and, in the process, came up with a design which was both innovative and exciting.

“We hope this exercise has shown all the participants that STEM underpins jobs in a diverse set of industries.

“Being part of the Great Science Share for Schools is something that we are proud to be involved in. It spotlights young people’s scientific questions and engineering innovations, something that Siemens really values.

“If we are to encourage more young people to make a difference to how we live in the future, we must invest in this type of campaign at an early age. We look forward to supporting The University of Manchester in developing the campaign from strength to strength.”

The final took place at the University of Manchester’s Whitworth Art Gallery, Manchester, as part of its Great Science Share, a day long annual event for primary school aged children where they can share the best science investigations they have worked on.

Around 500 children from 45 primary schools across Greater Manchester attended the event, with 450 satellite events involving 58,000 students taking place across the country.