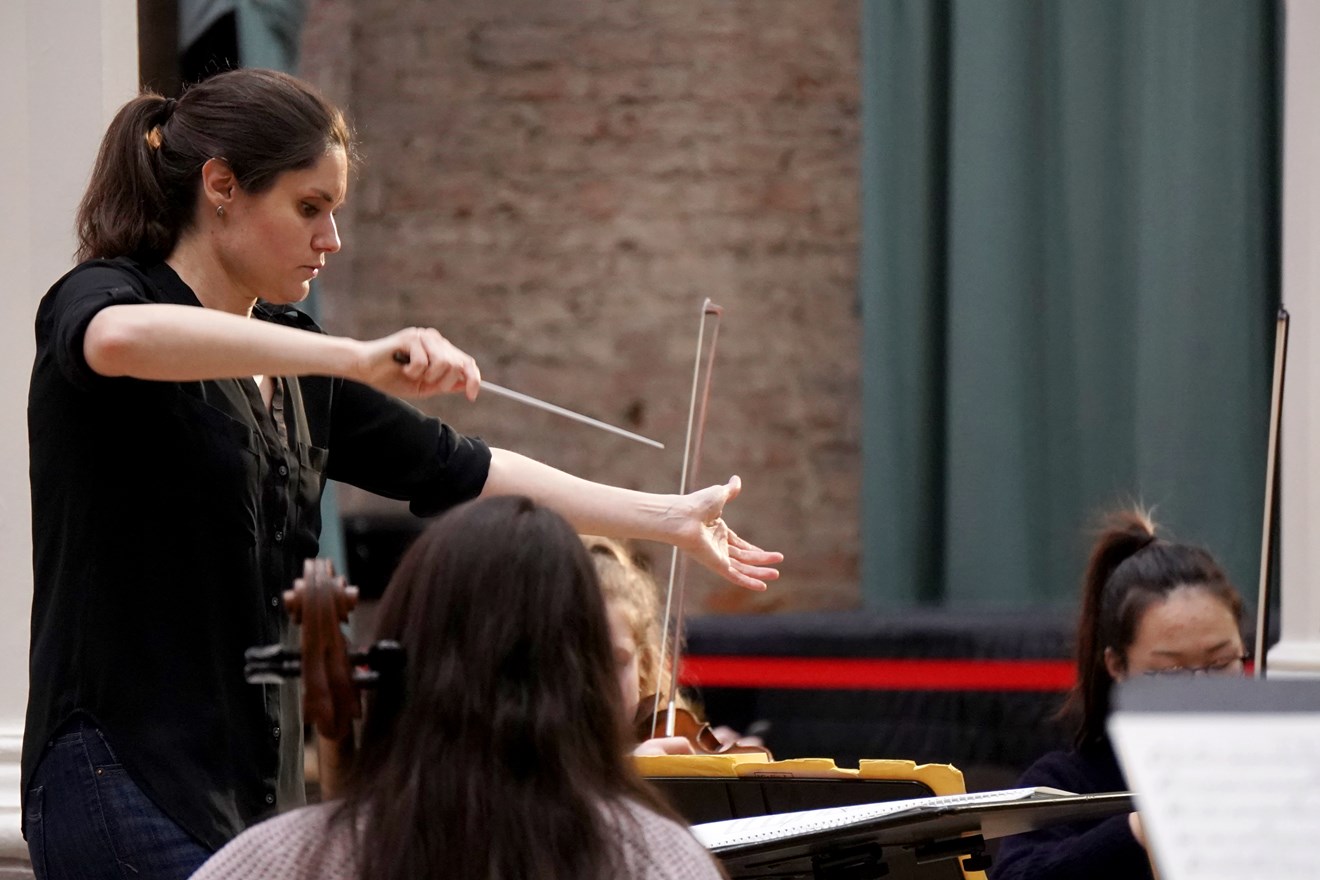 Bulgarian conductor Delyana Lazarova (34) is the winner of the first Siemens Hallé International Conductors Competition held in Manchester, U.K. She impressed the jury with her performance of The Force of Destiny by Verdi. A total of 287 conductors from 55 countries applied to take part in the international competition which was held this year for the first time. The ten best contenders were shortlisted, and four candidates then competed in the final last Saturday. They had to conduct the Hallé Orchestra and perform three different pieces by composers like Brahms, Dvorak or Britten in front of an international audience.

“Having won this competition is an incredible feeling. I’m extremely happy and extremely honored. It’s a great privilege to get to work with Sir Mark Elder and the musicians of the Hallé Orchestra,” said Lazarova.

Lazarova, who lives in Switzerland, received the James Conlon Conducting Prize at the prestigious Aspen Music Festival in 2019, and has worked with Hradec-Kralove Philharmonic Orchestra in Czech Republic, Thessaloniki State Symphony Orchestra in Greece, Meiningen and Konstanz Symphony Orchestras in Germany.

The first prize of the conductors competition consists of a two-year engagement as assistant conductor of Sir Mark Elder CH CBE (72), the Music Director of the Hallé Orchestra. The prize is also endowed with GBP 15,000, the post of Director of the Hallé Youth Orchestra and the opportunity to become established internationally through numerous guest conductorships. Lazarova will take up her new position in September 2020.

“It has been a week of huge excitement for us all to meet, and work with, these wonderful young conductors at the start of their careers. With so much extraordinary talent on display, choosing the winner was very difficult, but I am delighted to welcome Delyana as the new young conductor of the Hallé, and look forward enormously to our work together,” said Sir Mark Elder.

The competition, held in 2020 for the first time, is a collaboration between the Siemens Arts Program and the Hallé Orchestra from Manchester in the U.K.

Stephan Frucht, Artistic Director of the Siemens Arts Program, commented: “Hosting this competition in cooperation with the Hallé Orchestra means we can give new talents a platform to demonstrate their many years of hard work and musical skills on an international stage. The Siemens Arts Program is almost unique in establishing links between emerging artists and established international cultural institutions, our partners, such as the Hallé Orchestra, the Salzburg Festival or Carnegie Hall.”

In addition to Stephan Frucht and Sir Mark Elder, the jury consisted of other high-ranking experts from the world of music such as John Summers (Chief Executive of Hallé), Carola Reul (Chief Executive of the Junge Deutsche Philharmonie), Geoffrey Owen (Head of Artistic Planning of the Hallé Orchestra), Julia Albrecht (Director of Artist Management at the Schmid Konzertdirektion) and Arna Kristín Einarsdóttir (Managing Director for the National Arts Center Orchestra in Canada).

This press release and photos are available at sie.ag/37VSVrk

More information about the competition can be found at:
www.siemens.com/artsprogram and www.conductors-competition.com