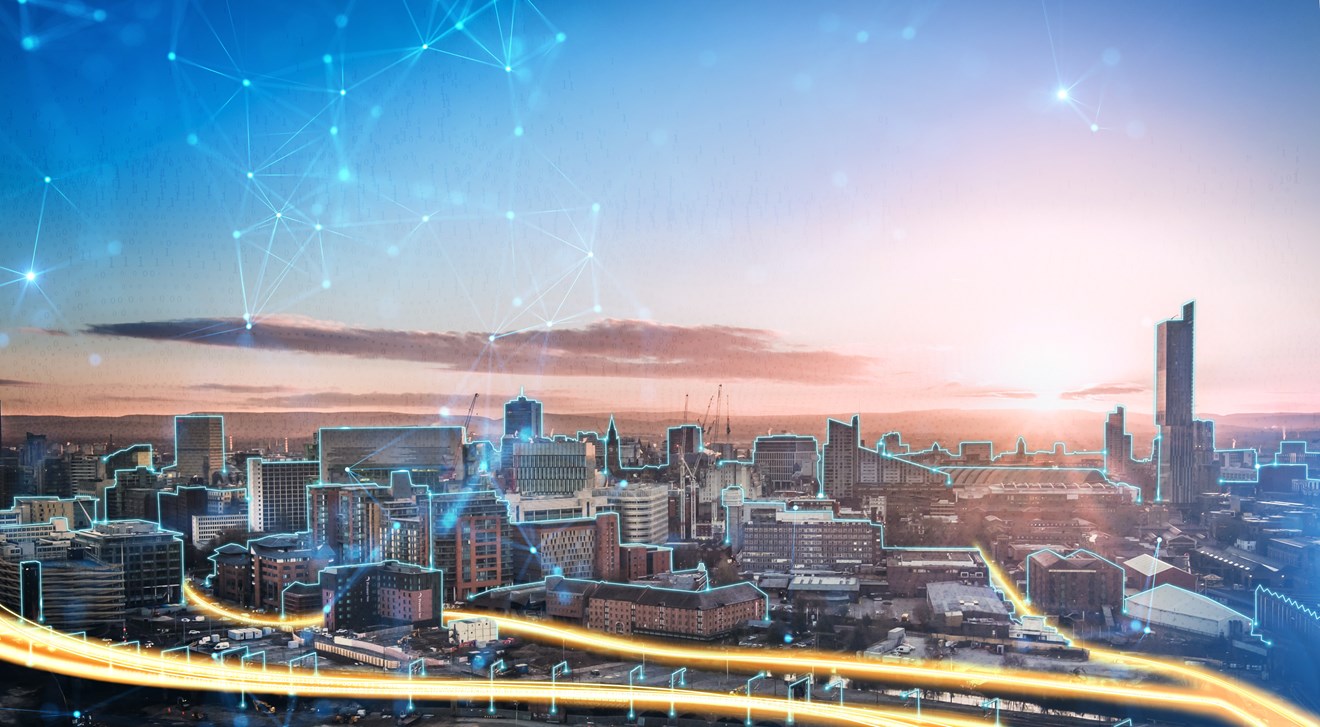 One of the lead participating cities, Manchester and its technical partner, Siemens showcase the energy solutions that have improved the city’s Oxford Road Corridor

The €30 million award-winning Triangulum project is drawing to a close as the participating cities in the pioneering project begin to share the first results from the five-year long future smart cities programme.

Triangulum is one of 14 European Smart Cities and Communities Lighthouse Projects (SCC1) funded by the European Union’s Research and Innovation Framework Programme Horizon 2020.  Since inception in February 2015, Triangulum has followed the journeys of three ‘Lighthouse’ cities: Manchester (UK), Eindhoven (NL) and Stavanger (NO) as each city implemented and tested innovative smart solutions in bids to create more sustainable urban environments.  22 partners from industry, research and government have steered and developed numerous mobility, energy, ICT and business improvement projects as three ‘follower’ cities from Lipzeig (D), Prague (CZ) and Sabadell (ES), and an additional Observer city, Tianjin (CHN) have shadowed developments; replicating the most successful concepts and solutions as Triangulum evolved.

In the UK, Manchester looked at the key issues of ICT, mobility and energy. Manchester City Council - the lead organisation of Triangulum in Manchester, The University of Manchester and Manchester Metropolitan University – partnered with Siemens as the technical partner to investigate how to balance energy consumption and demand, reduce costs and carbon emissions and increase the use of renewable energy along the city’s Oxford Road Corridor.

In 2019 Siemens upgraded the Building Energy Management System (BEMS) at Manchester Art Gallery to create a more stable indoor climate within the 200-year old listed building.  The gallery houses priceless artefacts and artworks where the control of temperature and humidity were vital to the care and conservation of thousands of valuable pieces and the Grade III listed building itself.  The replacement BEMS utilised a demand-side response operation that activated heating, cooling and humidity on a needs-basis while predictive analytics were used to return energy sources back onstream when required.

Siemens has been working with Manchester Met University on its distributed energy system at the university’s Birley Campus. A 400kWh lithium-ion battery, installed at the University Birley Campus which integrates with new solar panels also installed on the roof as part of the project. Together with the solar panels and the existing Combined Heat Power (CHP), it can supply power to 900 student rooms and a large academic building.  All these technologies are controlled by a Siemens microgrid controller which will choose the best energy source to use and whether the battery should store or release energy.

A central controller - cloud-based energy management platform – effectively functioned as a virtual power plant and managed the renewable loads in tandem with the BMS located at three sites around the city: the Central Library and Town Hall Extension for Manchester City Council, Alan Turing, Alan Gilbert and Ellen Wilkinson buildings at The University of Manchester.  The controller integrated with the BMS systems and switched non-critical assets like heating and cooling on and off in response to demands on the grid to maximise energy efficiency; compensating for different weather conditions or changing populations in any of the buildings.  The solution optimised energy consumption, reduced CO2 and lessened the area’s dependence on the grid.  Scaled citywide the central controller could potentially save Manchester approximately 57,000t CO2 emissions per annum – that’s the same as taking 12,000 cars off the road each year!

The findings from the Manchester pilot will be used to develop smart city quarters in other cities around the world.  With 68% of the world population projected to live in urban areas by 2050 [UN] devising sustainable urbanisation solutions will be key to managing future growth and development.

On the conclusion of Triangulum and the completed energy-related work, Juergen Maier, CEO Siemens UK said:  “We are immensely proud to have participated in Manchester’s smart city vision and have learned and demonstrated, in equal measures, that with the right blend of investment, technologies, governance and citizen engagement, cities can evolve to be eco-efficient and fit-for-the-future. Triangulum has shown a blueprint for low-carbon, cost-efficient smart cities.  Manchester and Siemens have proven it is achievable, repeatable and scalable. Now to meet the carbon neutrality targets set by many cities around the world – these projects need to be rolled out at city and regionally-wide scale to have a significant impact on energy consumption and carbon emissions.”

Martine Tommis, Manchester Triangulum Coordinator at Manchester City Council added: “Working with Siemens as part of the Triangulum project has been a really exciting contribution to supporting our journey to meet our ambitious target of becoming a zero-carbon city by 2038.  It is essential to innovate and create a much smarter, more efficient city, which is why we will continue to support the development of new energy systems and eliminate the need to use fossil fuels. The project is a tribute to what partnerships can achieve for our city.”

Amanda Wallace, Deputy Director of Manchester Art Gallery continued: “We take climate breakdown very seriously, and safeguarding Manchester’s world class art collection, whilst remaining true to our commitment to reduce our energy consumption and carbon footprint is a top priority for us. Working with Siemens, and being part of the Triangulum project, has been a rewarding and productive process, that we hope will take us one large step closer to becoming a carbon neutral organisation.”

Prof James Evans, Professor of Geography & Manchester Urban Institute Smart City Lead at The University of Manchester: "Working with Siemens has really established the potential benefits of moving to a smarter and more sustainable urban energy paradigm in Manchester, especially the importance of sharing energy and data across different organisations."

Professor Bamidele Adebisi, Smart City lead at Manchester Metropolitan, said: “Manchester is now one of the leading cities for Smart City technologies, using the expertise shared among partners to tackle the challenges of today and tomorrow. The technology has helped us to boost green energy solutions, and we can effectively balance energy demand, storage and usage – creating a more sustainable Oxford Road Corridor.”

Andy Burnham, the Mayor of Manchester has committed to a carbon neutral future by 2038.  Manchester City Council, The University of Manchester, Manchester Metropolitan University, and Siemens won the Public Building Energy Project of the year at the 2018 Energy Awards for the valuable work achieved under Triangulum.

For further information on the Triangulum Project please visit: https://siemens.co.uk/triangulum

Siemens Smart Infrastructure (SI) is shaping the market for intelligent, adaptive infrastructure for today and the future. It addresses the pressing challenges of urbanization and climate change by connecting energy systems, buildings and industries. SI provides customers with a comprehensive end-to-end portfolio from a single source – with products, systems, solutions and services from the point of power generation all the way to consumption. With an increasingly digitalized ecosystem, it helps customers thrive and communities progress while contributing toward protecting the planet. SI creates environments that care. Siemens Smart Infrastructure has its global headquarters in Zug, Switzerland, and has around 71,000 employees worldwide.