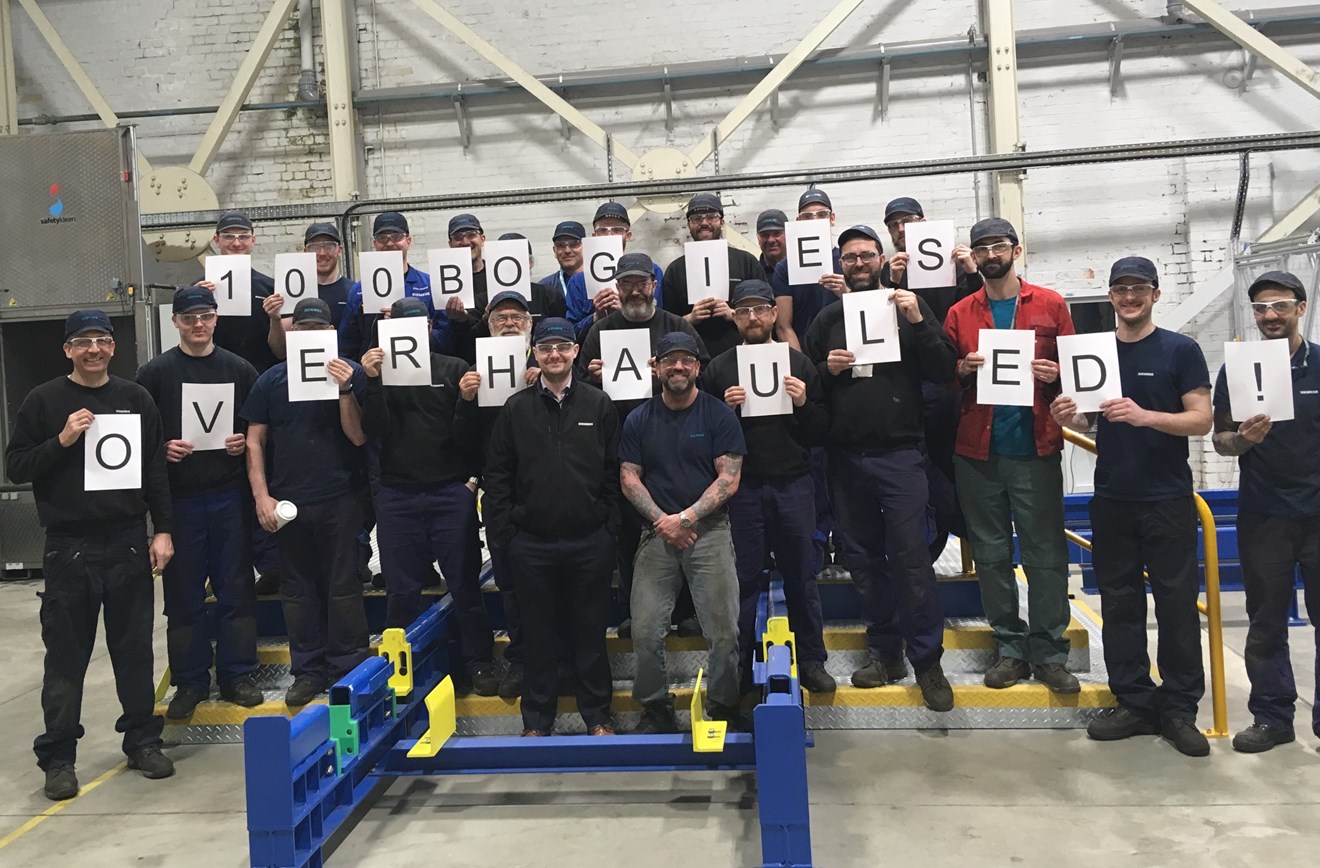 Siemens’ new UK Bogie Service Centre in Lincoln has marked a significant milestone with the completion of its 100th bogie for the Velaro Eurostar e320 - just four months after its official opening.

The £8m Centre, which opened in November 2018, enables Siemens to deliver high quality and predictable train maintenance to customers, ultimately enhancing the experience for rail passengers UK-wide by reducing the time trains are out of service for overhauls.

The facility focuses on servicing bogies and wheel sets for the latest Siemens trains operating in the UK, including the Velaro Eurostar e320 high speed trains and Desiro City trains.

It was built last year and employs around 35 people in skilled rail technician roles, with employee numbers set to increase to around 40 by the end of 2019.

Will Wilson, UK Managing Director for Rolling Stock at Siemens Mobility, said: “The completion of the 100th bogie overhaul in Lincoln is a great achievement for our new Bogie Service Centre. To have reached such a significant milestone in only a few months is testament to the fantastic work by our team of highly skilled rail technicians.”

“The maintenance work at the facility is crucial to enabling our customers to increase the value of the e320 Eurostar and Desiro City trains sustainably over their entire lifecycles, thereby reducing costs.”

Siemens has been present in the UK for over 170 years and is now a major UK-wide employer. It has around 15,000 UK employees, 600 apprentices and supports a further 56,000 jobs nationwide. 50% of employees are involved in UK manufacturing and engineering across the company’s 14 manufacturing plants and other facilities.